Your business is doing great! Not that this is a competition, obviously. But objectively speaking, you’ve gotten farther than 99% of entrepreneurs and would-be entrepreneurs out there. You’re certainly grateful for how far you’ve come. And you’re humbled by the experience of building something bigger than yourself.

In a recent post [NOTE: please link to the $1M/year post!], we explored what it takes to get to $1M/year in revenue. Now what? How do you reach the next peak?

As you’ve learned, the entrepreneurial journey requires different things from you at different levels of development. The “grind it out, shoot from the hip” battle mentality of startup becomes a liability once the organization is big enough to need structure, for instance.

Here are powerful thoughts from three people who actually know what they’re talking about:

1) Y Combinator’s Paul Graham says start small, but then go after frighteningly big ideas. If you want to generate massive success, think disruption and paradigm shifts—not incremental improvement in your industry. Graham writes: “Empirically, the way to do really big things seems to be to start with deceptively small things. Want to dominate microcomputer software? Start by writing a Basic interpreter for a machine with a few thousand users. Want to make the universal web site? Start by building a site for Harvard undergrads to stalk one another.”

Along those lines, John Kenneth Galbraith once observed that: “All of the great leaders have had one characteristic in common: it was the willingness to confront unequivocally the major anxiety of their people in their time. This, and not much else, is the essence of leadership.”

2) Ali Alshamsi, a wealthy entrepreneur and popular contributor to Quora, advises a philosophy of self-reliance and internal focus. Here are some intriguing quotes from him:

3) Embrace your asymmetries, and get to your revenue goals in spite of them. It’s hard to change yourself, even if you commit to doing so. But do you really need to change… or can you succeed in spite of your quirks? CEO Marissa Mayer, for instance, “flaunted her habit of getting less than four hours a night and famously said that during her first five years at Google, she pulled an all-nighter every week.” She could have modified her attitude of “I don’t really believe in burnout,” but instead she embraced her quirks and won.

Getting to Your Ambitious Revenue Goals: Need Help?

Want insight about how to get to climb from where you are now to your ultimate revenue goal—and increase your speed and certainty in doing so? Please get in touch with me now for a private consultation!

We will respect your privacy and will only send you awesome stuff! 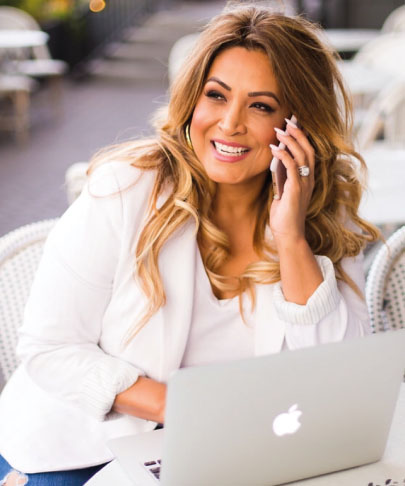